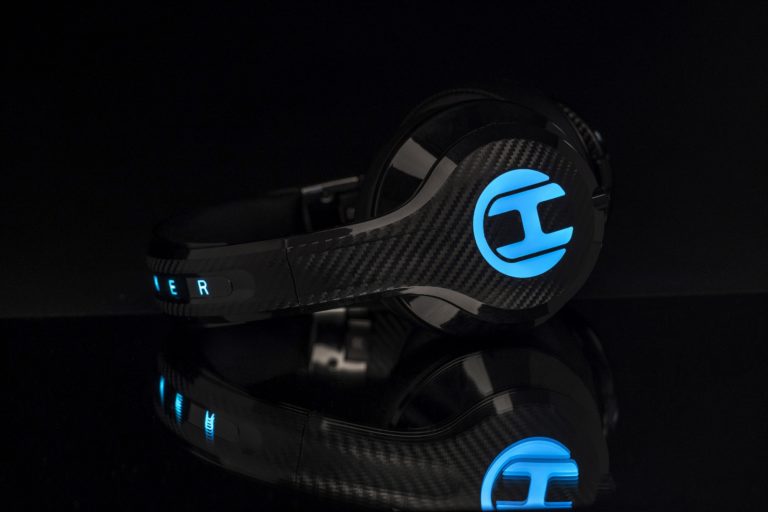 The age-old debates between Bluetooth and wired of which is better raged on since Bluetooth was invented. It really comes down to personal preference and how you intend on using your headphones. Truly there are benefits to both, that perhaps a lot of people are unaware of, in this blog we’ll talk about benefits of both and what things you might look for when purchasing your next set of headphones.

First, A History Lesson to Make Better Sense of Where We Are Today.

Wired  use to be the only way you could get a relatively good sound out of a pair of headphones. However, that is no longer the case. What today’s young generation may not realize is that headphones haven’t always been Bluetooth, they use to only be wired. And what is actually going on is Bluetooth (BT) is “Wireless” right? Yes, however it is ‘SIGNAL,’ that is what is connecting your device to your headphones. That invisible signal is taking place of the previous generation’s WIRE.

We have established now that Bluetooth provides signal that is through air, and Wiring provides signal through wire. The next thing to understand is “Signal Strength” and “Signal Clarity”. Modern devices like phones, tablets and computers are now coming with the latest Bluetooth signal which is up to version 5.0. The very first BT version 1.0, released in 1999 in of all things, a headphone. Officially in 2001 they started to release it as standard equipment in cellular phones.As you can imagine the with time, technology has improved at almost an exponential level. Bluetooth has come a very long ways in 21 years. However, understanding the progression will help one to understand both technologies and their benefits. Bluetooth in the early days doesn’t hold a candle to what we are growing accustom to in this day in age. Bluetooth 1.0 was the first version, and back then we were amazed with it, it was WIRELESS!!! Which was MAGIC! But it only had at best a range of 10 feet. And the signal was NOT good. Meaning you would hear crackling in your earpiece, static, a poor experience. Now if you flip over to a wired headset or headphone, the clarity of the signal was what you would expect, not bad at all.Best way to give you an idea of what Bluetooth signal looks like and sounded like is to think of a 10-foot plastic pipe fully filled with dirt and debris. Now, take that pipe and scream as loud as you possibly can into it. Anyone can imagine about how well your scream would be heard on the other end. Chances are that the person on the other end can hear you, but not well. That’s Bluetooth version 1.0.To now take that same scenario, let’s demonstrate a wired signal this time. Again, use the 10-foot pipe, and instead of dirt and debris internally, fill it fully with loosely packed insulation same consistency of cotton candy. Do the same yell test into one end listening at the other. The scream will be easily heard. Now there are a LOT of different quality levels and clarities in wires we won’t go into. You can get substantially better wire to provide significantly better audio performance. The better the wire quality, the better the performance clarity from your speakers.Bluetooth through the years has improved substantially in two ways. With each version they improved the signal strength, so the distance you can use the technology. The second improvement has been in signal clarity. When you think clarity, think of the pipe test of yelling in one end. Each new version of Bluetooth improved by removing debris in the signal line (pipe), naturally resulting in being able to hear better out the other end. Each version the cleaned up the signal, removing distortion.Considering in 21 years there has been more than 5 versions of Bluetooth and by now the performance is good enough to where the human ear will not detect distortion when playing content. However still at this point in technology evolution, wired signal is still superior when it comes to clarity and audio performance. But with how quickly technology is improving, this may not always be the case.

Bluetooth is Taking Over the World! Is there really a Need for Wired?

To simply answer that question, that is YES. Wired signal is still a “no contest” when it comes to signal speed and clarity! When talking about headphones, wired will provide better possible performance hands down. But it’s not just the method of signal delivery that plays a major role in clarity and audio performance, it is also how quality the speakers are that are receiving the signal. But that is a whole other topic we’ll cover in another blog.

Bluetooth has become by far the most used signal method over wired, mostly due to the convenience of it. Bluetooth is very easy to use and is as reliable now as a hardwired connection. What you will find available on the market today is predominantly BT, with the wired only headphones being the very cheap or the very expensive. But both have a place in the market, really it just boils down to what you are looking to use your headphones for and what level of performance you are content with.

Where is Wired or Bluetooth Useful and Why?

Real quick let’s look at each and where each finds value. Today’s society thrives on being mobile. People don’t like to feel like they are tied down, they like to feel they can move about freely without restriction. It’s this feeling that made Bluetooth become a dominant signal method in the consumer electronics market. Most people that look for a BT headphone value the versatility BT provides. Brands who make these products have been motivated to give you the best possible experience by enhancing technology to improve your experience and usability of the headphone. Bluetooth provides freedom, so it’s great for so much. Including but not limited to, sports, travel, office use and watching movies.Wired sure can provide the same things as BT, but not the same feeling. The feeling of not being tied down, freedom of wires. That is not what you get with your wired connection. However again, you can get better audio performance with the wired signal. Another benefit to wired that must be mentioned is it is not running off of a battery. Whereas BT is running off a battery. Battery life will come into play when making a decision of what to invest in next.

In Conclusion, consider the following with your next investment

One of the most important considerations should always be, how do you intend on using them. What is important to you? How much would you be willing to spend to get a product that will perform well enough for you? Consider headphones that allow you to use both wired connection and Bluetooth, then you can have the best of both worlds. Pay attention to the brands trying to capitalize on technology to give the best experience for the best price. It is these brands that pay attention to the smallest of details that will likely take the best care of you and provide you the best product.